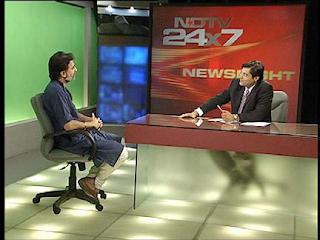 In this form of advertising an institution presents its own story to build up an image of itself in the minds of the public. It is more like a public relations approach advertising. It could talk about how it is associating with a cause, like the Star TV Network putting the cause for girl child education in the forefront. It may emphasize on its contribution to the society and it could also talk about the mission of the organization. That way it could show all the products of the organization, like the Hero Honda’s “Desh Ki Dhadkan”, where they show all the brands of the organization. Sahara by saluting the Indian cricket captains is associating with cricket. There are number of corporate advertisements.

The institutional advertisement is very subtle in nature and affects our basic attitudes. It may build upon its history and may try to build awareness about itself. The ad copy could be focused at the general public or may be directed towards specific group like its shareholders. Take the example of the ad of Hindustan Petroleum here. Now the advertisement talks about powering India since 25 years. Especially where locomotives are concerned. Hence focusing on the fact that they power the Indian Railways.

So it is building a favorable image for itself in the minds of the public. It is more of telling the public as to how socially responsible they are. So their overall objectives are in tune with social issues. So the basis is to create goodwill in the minds of its internal as well as external customers. So the objectives of this type of advertising are:

To give an identity to a faceless organization is what institutional advertising does. When designing a corporate ad we must pay heed to the type of response we want. It purely asks for an approval and not any action from the target audience.