“The world is smaller than you think”, so goes the advertisement for the British Airways. We are living in a global village and now we are not just catering to the local environment but to a total global environment. So let me tell you what is global advertising.

“It is any paid form of non personal presentation and promotion of Ideas, Goods or Services by an identified global sponsor of a product to a global customer.”

The objectives are as under:
☞ To keep the world wide corporate image
☞ To reduce production and creative costs
☞To avoid message confusion in international areas of media overlap.

Normally we have 3 types of themes to be followed: 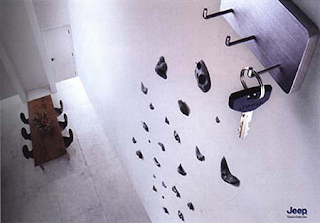 Globalization of advertisement is to bring about economies of scale, global coverage and the speed with which the companies want to influence the market.

We can also see the adaptation of international campaign. For example, Camay soap’s international visual was that of a beautiful woman bathing in the bathroom. Whereas the Indian adaptation was that of the man walking into the commercial well after the woman was dressed. This is done in order to adapt to the local cultural aspects. It should not hurt the sentiments of the people of a particular nation.