Price is seldom the dominating feature in a layout, except when a discount or sale is mentioned. It is more or less associated with the cheapness of the product when a price is shown in the advertisement. The consumer should look at other features in the layout that will make it desirable for him to look at the price naturally 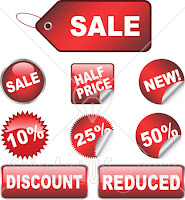 and would not associate negatively with it. The usage of price should be as minimal as possible.

It refers to the representation of the product for sale. It could be featured in isolation, thrown up against heavy or futuristic background or by decoration. A number of photographs could be so put so as to form a well laid out composition. But it is advised to show it in practice.

As described earlier it is a ‘Tabloid’ sales argument. It is especially important in outdoor advertising. Its

importance is in relation to the advertiser’s message.

It goes on to describe the entire space that the advertiser has bought for sale. Whether it is half a page or it is 30-second spot on television.

It is a secondary heading. It may be employed to either supplement and support the heading or to ‘pick out’ the various selling points contained in the text. 2 guidelines should be followed for the inclusion of sub-heading. Firstly, to use them sparingly and secondly, to use them to pick out the selling points in the text only when the text is too ‘heavy’ to invite attention otherwise.

The copy or the reading matter is termed as text. It should not be too wide neither should it be too narrow. The consumer should be able to read the copy with ease. Lower case letters are better that capitals, expanded letters better than condensed and roman letters better read than italic. Spacing is very critical.

It is the word or design by which the commodity is defined. A registered trademark should always be included in the layout. It may form the background or be embodied in the border; it may dominate the heading or the nameplate.

You must understand that a particular balance must be brought out in the layout so that there is a flow in the sequence of the various elements of the layout.

Be the first to comment on "7 Issues in Advertisement Layouts"