A person’s pattern of interests, opinions, and activities combine to represent his or her lifestyle. 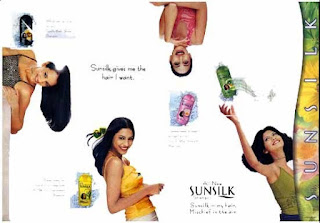 Knowledge of lifestyle can provide a very rich and meaningful picture of a person. It can indicate whether the person is interested in outdoor sports, shopping, culture, or reading. It can include information concerning attitudes and personality traits. Lifestyle also can be used to define a segment empirically; this is often called psychographic (as opposed to demographic) segmentation.

Lifestyle is particularly useful as a segmentation variable in categories where the user’s self-image is important, such as fragrance. As an example of lifestyle segmentation in fragrances, Revlon’s Charlie cosmetic line was targeted at a lifestyle segment profiled as follows:
·       Is irreverent and unpretentious.
·       Doesn’t mind being a little outrageous or flamboyant.
·       Breaks all the rules.
·       Has her integrity based on her own standards.
·       Can be tough; believes rules are secondary.
·       Is a pacesetter; not a follower.
·       Is very relaxed about sex.
·       Is bored with typical fragrance advertising.
·       Mixes Gucci and blue jeans; insists on individual taste, individual judgment. . Has a sense of self and sense of commitment.
Various typologies of consumers exist that use personalities, values, lifestyles, and attitudes as variables, among them VALS and the more recent VALS 2, values and lifestyles typologies.
In its first version, VALS focused on the distinction between inner-directed consumers, driven by their convictions, passions, and need for self-expression, and outer-directed consumers, driven by their responses to signals from other people. Using this distinction, it grouped people into nine categories (called Survivors, Sustainers, Belongers, Emulators, Achievers, I-Am-Me, Experiential, Societal Conscious, and Integrated).
VALS 2 uses the additional classifying dimension of the “resources” people have (education, income, etc.) to create eight categories (called Fulfilleds, Believers, Achievers, Strivers, Experiencers, Makers, Strugglers, and Actualizers).
SHARE TWEET PIN SHARE