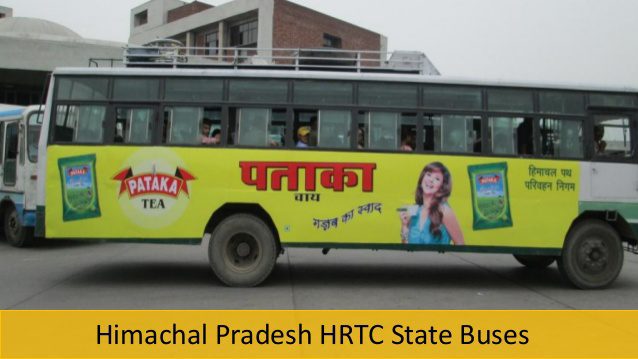 Branding truly arrived in India in the 1990s, when we as a nation took our first steps towards liberalisation under the aegis of Dr. Manmohan Singh and Narasimha Rao. True, we had the Liril Girl and Surf’s Lalithaji, but barring these two iconic ‘ladies’ one can hardly recall any sustained activity in brand building. There were numerous reasons for this. Before the 90s, our market was supply driven which did not necessitate the sustained creation of brands. Branding is essential in a market where the consumer has choice; where variety dominates and grocery shelves are cluttered with options. For example, if I want to purchase a shampoo today, not only do I have about 30 odd brands to choose from, I also have variants for shiny hair, dandruff prevention, hair loss arrest, soft hair, volume etc. Till the early 80s, if I wanted a shampoo, the only option I had was either a bar of shikakai soap or a brand called Tiara. If I wanted to purchase a lipstick, I had two choices – Tips & Toes or Lakme, unlike today, where I have at least 10 choices of brands and another 25 odd variants in exclusion of imported brands.

Before liberalisation, we purchased what was available and waited for our wants to get fulfilled. If we wanted a scooter, we filled out a form, deposited the money and waited a good year for our scooter to land at our doorstep. For banking or financial services, we only had the nationalised banks and for LPG, laid-back government agencies. In other words, given the minimum levels of competition, companies were almost assured of a sale, not only for the immediate financial quarter but also for the distant future. Making the market aware of the product and making it available to the consumers were the only significant marketing activities.

Brand-building expenses in such an environment would understandably be tough to justify.
Competition creates brands. In the 80’s, when Nirma stormed the detergent market and took away significant market share from Hindustan Lever’s Surf, “Lalithaji” and the tagline “Surf ki kharidari may hi samajhadari hai” was born. The jingle “Pura adha kilo Surf ek kilo sasate powder ke barabar hai,” clearly stated the difference between the two brands in terms of their efficacy. Nirma on the other hand differentiated itself from Surf by saying that it had mass appeal, “Sabki pasand Nirma”. For the first time, value versus price was discussed by detergent brands in India.

Another significant milestone that India witnessed as branding took its roots in the market was the Pepsi launch. Pepsi started out with a teaser campaign, i.e., a girl in an Indian dress who’s face was partially hidden by a hat, with a very catchy background score urging the audience to wait for the dawn of a particular day. The teaser was shot in shades of dark grey and black, which added to the mystery. The amount of interest that the teaser generated was something to be experienced. And finally on the promised day, the full advertisement ran revealing the girl to be Juhi Chawla who drank deeply of the Pepsi bottle after an energetic dance announcing to India that Pepsi had arrived.

a. many manufacturers offering similar products to satisfy the same need in consumers.
b. A highly fragmented media making it difficult to understand who was watching what.

The complexity made it tricky for manufacturers to understand the market. Suddenly, the conservatives were out of business, the rules had changed. From supply, the market was now being driven by demand. The splintered media was making it difficult to reach one’s target audience. The stage was set for the dream merchants or brand managers to make their entry.

How is preference created? There are many ways, a few of which are described below:

i. Building myths around brands:
Lalithaji and the Liril girl are classic cases of brand myths. In both these cases, the characters create a drama, which make the audience identify with the benefits the brand has to offer. Myths can be built around occasions such as the current Cadbury’s commercial (eat it for celebrations) or childhood memories such as Vicks Vaporub (shows a mother caring for her son who is suffering from a cold).

ii. Cultivating strong and addictive brand image:
David Ogilvy, the advertising guru, believed that people purchased images and not products. While talking about whiskey, he said that people when given a blind taste test could not pick out their favourite brand of whiskey. This meant that people did not choose a brand for its taste but rather for the image it connoted. Hence, whiskey companies were actually selling an image rather than a product! This test has been carried out with the Colas as well with the same result.

iii. Target marketing:
Using consumer research, brand managers try to answer one question: “Who is the consumer?” They try and describe the person demographically (age, gender, income, education etc.), psychographically (attitude, lifestyle, values), behaviourally (what, where, how, how often etc.) and geographically (where does he or she live, region, city location etc.). Once they have a complete description of the target consumer, they state the product attributes in the context of the consumer. For example, the Hinglish used in Pepsi’s “Dil Mange More” is the language of India’s urban well-to-do college-going youth.

iv. Appropriating the image of a celebrity to the brand:
When Kareena Kapoor endorses Lux Body Wash (Style your body), Lux appropriates for itself the qualities of Kareena Kapoor. Priety Zinta transfers her zest to TVS Scooty.

The Indian market has come of age as it takes on the commendable characteristics of healthy competition. Branding is entering all sorts of non traditional sectors such as cement, fibre optics, banking and financial services, construction and even political parties.