They are fertile analogies. You must have noticed a Tiger in the Maruti Zen ad. The majestic lion stalling the Videocon ad (Bring Home the Leader) must have become a producer’s nightmare.

The commercial can be produced on the lines of a movie. It can mimic an action-movie or a spy-thriller or a

bank-robbery or a song-and-dance sequence. Many Indian commercials are based on film-based conventions. Some may go even a step further, and use the actual footage of a well known movie. Pan Parag’s Dhoom Macha De, Rang Jama De compresses a thriller into sixty-seconds.

Mostly, life-style advertising of soft drinks adopts this format. It is also popularly used for personal care products. Commercial’s music itself may become hit with the masses. Jingles are used to sing product virtues. Video fast and loose cutting, special effects, random colors, animation, stock footage, graphics, computer-generated images – all these make music and song commercials memorable. However, it is always the music that over-rides the visuals, rather than visuals having an under-score of music.

The main selling message is woven around a series of bask situations which are shown in rapid fire succession. The effect may be humorous. M-Seal commercial shows vignettes that show the effects of leaks. Alternatively, a variety of potential customers can be shown for a product. 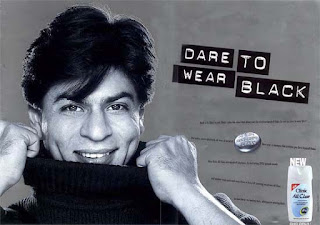 5. Endorsement/Testimonials
Here a celebrity or an actual user endorses a product. It is a refreshing approach. When the actual user is an ordinary person, the copy should be convincing, e.g., Lalitaji recommends Surf. The choice of the endorser depends upon the product. Lux is a very famous example of this type of commercial. The message of clear complexion and beauty care sounds credible when Rani Mukherjee recommends it. So far the Lux campaign has used 300 stars all over India, and currently signs up 40 stars a year for this ‘product personality synchronization.

Akbar the Great can be shown eating a fast food or Noorjahan using premium soap. Humorous situation can

be created. Judicious use of historical or fictional figures delivers the effect of endorsement without paying to a live figure.

Here informal conversational language is used to convey the message. It could even become a dialogue. Amul chocolates commercials titled ‘a gift for someone you love’ follow a colloquial pattern. The woman says: “I am too old for mini-skirts, too young to be grandma.” “But the man says: ‘I think you’re just right for Amul chocolates.”

Videocon Washing Machine commercial is the best example of a demonstration. The mummy in the commercial, switches on the machine after putting clothes and detergent in it. It washes, rinses and dries too, in just a few minutes. And you are ready for the show.

Claude Hopkins said, “Spending money is serious business, and people do not buy from clowns.” Since then, humor has not been much favored. Yet for noticeability, some commercials do adopt this format. By and large humor is the man-slips-on-banana-peel variety. Maachar hoon main, Louis mera naam…. Could make it into this category.

It is a short play-like situation. The dialogue/characters pose a consumer problem. The product offers the solution. Cough and cold remedies may be advertised this way. Reynolds Ball-point pen commercial is a slick slice of life creation. It establishes the ballpoint pen as a communicator rather than merely a writing instrument.

model Renuka Shahane is used. However, she talks like an ordinary woman, quite naturally. However, non-models make the ads more credible. Cadbury invited viewers to send in real moments of their lives. Real ads with non-models build credibility and identification. These ads are difficult to execute and are expensive to produce. Several non-models are tried to get the right one. Besides, we can get several
right films, or not even a single one. It is risky. Besides each does not lend itself to real life advertising. This form of ad, rules out armchair copywriting in an agency. Here the agency comes to the scene of action. What is more important is not just looking real but sounding honest. The transparency leads to sales.

Dramatization is an effective way of pinpointing a problem, putting it forward dramatically to the audience, and finally solving it with the help of the product that is advertised. Mostly a specific feature of the product is highlighted to get attention. Kitply is fire-resistant, and to prove it the Kitply showroom is set on fire.

Who does not enjoy the watching of cartoons of Tom, chasing Jerry all over the house? A flurry of action and movement characterizes these cartoons. Walt Disney is one of the best animators the world has ever known. His creation, the Mickey Mouse, is the best-known cartoon character.

Be the first to comment on "13 Types of TV Commercials"